Suzuka Plant, a production base for ethical pharmaceuticals, carries out every process from production of drug substances and formulation through to packaging.Located in Suzuka City, Mie Prefecture, this is one of Sumitomo Dainippon Pharma’s principal plants.


Ever since it came on stream in 1968, Suzuka Plant has prided itself on being an environmentally friendly facility. Satisfying Good Manufacturing Practice (GMP), a set of stringent regulatory requirements covering pharmaceuticals and quasi-drugs, the plant performs efficient, stable mass production of 102 drugs. 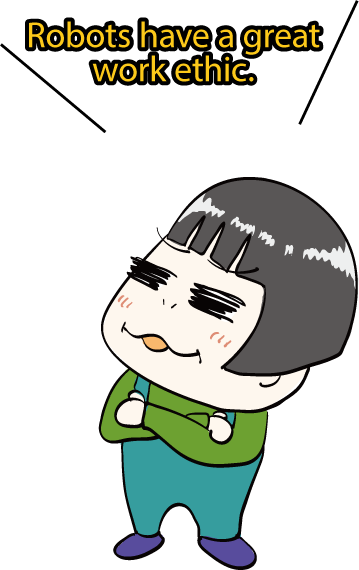 As I stroll through the gate into the Suzuka Plant site, several large white buildings come into view. The nearer I approach the buildings, the more I feel there is something strange about them. They seem different from the factory buildings I have encountered previously. Looking up at them, it dawns on me: “They have almost no windows!” I ask my guide why and she explains: “Foreign matter is the enemy in pharmaceutical production and so we do everything possible to prevent contamination of the production process by foreign matter. Because windows are weak points that may offer a route for the entry of foreign matter, these buildings are virtually windowless. Electronic interlocks on doors for strict access control are another line of defense.”

Firstly, I visit a building where solid formulations, such as tablets and capsules, are produced. This building, opened in 2008, is one of the more recent additions to the plant and is notable for several ingenious features. Take the one-way system: for each work area, the entrance and the exit are separate so that the flow of operators is only in one direction to prevent contamination by foreign matter. In addition, the air conditioning in the building is designed so that airflow is fixed to one direction and never in the opposite direction. Of course, the flow of raw materials for pharmaceuticals is strictly controlled. Suzuka Plant produces five drug substances and intermediates, 52 drug formulations, and 76 packaged products. To prevent any mix-up of chemicals when switching production, stringent procedures cover thorough cleaning and reconfiguration of equipment. To prevent cross-contamination, that is, contamination involving foreign matter or raw materials, a battery of measures is implemented for ensuring the safety of pharmaceutical products.

I was surprised to learn that quality management is so meticulously strict that every step of every process is recorded and retained for 10 to 15 years. Incidentally, I used to work in a factory where I continually recorded the results of sample inspections at specified times. From experience, I know that having rules is not the same as sticking to them. You can only make adherence to the rules customary practice by inculcating a proper appreciation of the importance of quality management throughout the workforce.


On entering the next building, dedicated to packaging and final quality assurance, I encounter a memorable scene. A team of robots is busy packaging drugs. Since each robot is in charge of a different process, their shapes and speeds differ. As I watch them work, they look like a band of robot brothers. The largest of the band, applying himself wholeheartedly to his task, must be the oldest. The one so dexterously performing two roles is the second oldest. The one moving more slowly as he neatly places packaged drugs in large boxes is the third oldest. And the one agilely carrying the filled boxes to the specified place is the cheerful baby of the family (chuckle).


People and robots are working together. Robots can perform certain tasks quicker and better than people, but people still manage the robots. Although the division of labor between robots and people is expected to progress, I think people will remain in charge. They will be the ones designing and implementing the quality management and safety control systems and who have the final say.


Listening to an explanation of cost reduction measures to boost competitiveness in the industry, I get the impression that Sumitomo Dainippon Pharma cares deeply about people. My first thought was that cutting labor costs must be high on the agenda. But because the company believes “people are treasures,” it is convinced cost reduction should be achieved by using one’s brain and hands. The workers continually wrestle with the question of what they can do to perform their tasks more efficiently, safely, and accurately. With the aim of making 3,776 proposals for improvement a year (the same number as the height of Mt. Fuji in meters), Suzuka Plant is promoting kaizen (improvement) throughout its operations. Each tiny pharmaceutical tablet from this plant is the fruit of a tremendous amount of effort and ingenuity involving numerous people…… I will reflect on that fact whenever I swallow a pill from now on!

Rikejo, whose direct translation is “women with science background” is a Japanese contemporary term used to refer to women studying or working in the fields of science and technology. Ms. Amano is a shining example of a rikejo. Looking at the business card she handed me, I could not help but exclaim, “You are a deputy senior director!” In all my visits to Sumitomo Group plants, this was my first encounter with a female manager. She is an expert rikejo. Having started her career at Sumitomo Dainippon Pharma in a laboratory, she has accumulated experience in quality assurance, packaging, analysis, and so on. Meeting such a richly talented woman in a senior managerial position gave me a powerful feeling that Sumitomo Dainippon Pharma must be a great place to work. I couldn’t help bombarding her with lots of questions (chuckle).

Ever since Suzuka Plant was selected as our next destination, the ever-inquisitive Ms. Takagi has been full of joyful anticipation. She commented, “If you look at the general run of tablets, you realize that drugs come in similar sizes even though the amounts of their active ingredients differ greatly. I can’t wait to find out how they are produced.”


All of us in the production team were curious. As soon as we got to Suzuka Plant, we asked the question. The answer is that fine-grained additives, such as lactose, are added to raw materials with medicinal properties to solidify the materials and mix medicinal ingredients uniformly. An important consideration is whether the active ingredients will dissolve in water or other liquid and be released into the body to do their work.

Meticulous safety measures and thorough quality management are in place throughout the plant. In a building that is virtually windowless to prevent contamination, we followed a factory tour route that enables visitors to view the production process through glass partitions. The extraordinary level of organization, with absolutely nothing left to chance, was truly impressive.

Sumitomo Dainippon Pharma Co., Ltd. changed its name to Sumitomo Pharma Co., Ltd. in April 2022.
The company name and affiliations and titles of the persons in the article are correct as of the time of publication.

(Sumitomo Dainippon Pharma Co., Ltd. changed its name to Sumitomo Pharma Co., Ltd. in April 2022. The company name and affiliations and titles of the persons in the article are correct as of the time of publication.)