Share the aspirations of people working for the Sumitomo Group who are devoting their energy and talent to socially beneficial endeavors in a host of fascinating fields. 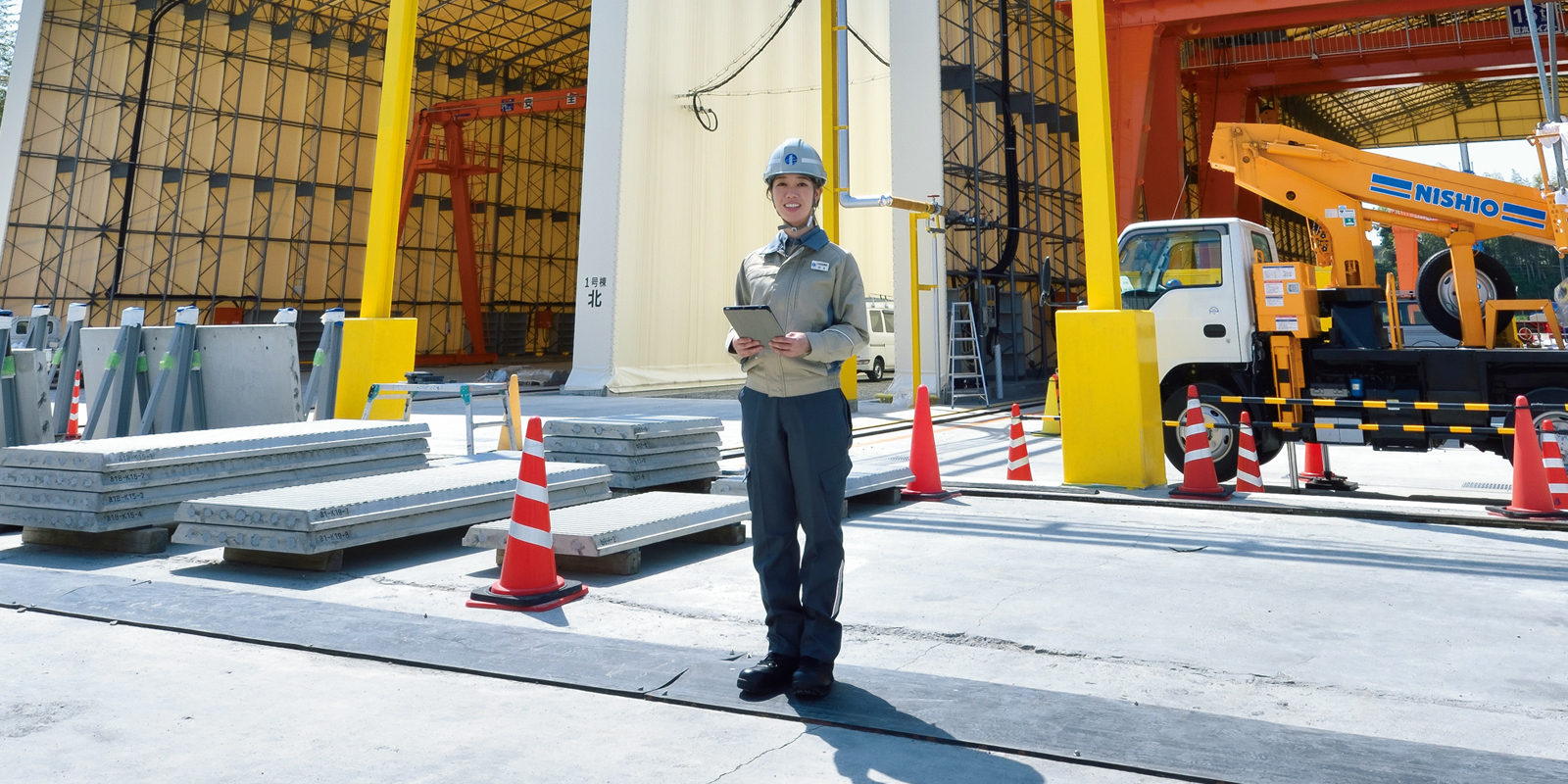 High hopes for the first project of its type in Japan

Labor shortages are a major issue for the construction industry in Japan. According to the Ministry of Land, Infrastructure, Transport and Tourism (MLITT), the number of construction workers decreased from 6.85 million in 1997 to 4.92 million in 2016. Meanwhile, as the demographic profile of the construction workforce continues to change, workers less than 30 years old already account for only about 10% of the workforce.

Increasingly, robots offer a way out of this impasse. Yet, in contrast to many other industries, the construction industry is not considered a natural candidate for automation because specifications of components vary so greatly among projects, which come in every shape and form, ranging from railway, road, or bridge infrastructure to high-rise buildings and commercial complexes.

But quick to note that much of the rebar assembly process is suitable for automation, Sumitomo Mitsui Construction developed Robotaras (ROBOT Arm Rebar Assembly System), a new system for automating rebar assembly. With this system, a robot arm’s manipulator automatically attaches/detaches jigs and a rebar tying tool according to rebar types, leading to savings in labor and manpower.

Nari Okamoto, a member of the development team, is justifiably proud of this system, which is a breakthrough for the construction industry.

“We are the first in Japan to automate all the processes from supply to alignment and tying. Somewhat unusual for a construction company, Sumitomo Mitsui Construction has its own factory. Capitalizing on this advantage, we were able to develop this robotbased system, ahead of competitors.”

This system was used for rebar assembly for the Kyushu Shinkansen railroad in 2020. Whereas conventional manual assembly would have required at least 20 workers, just two workers could get the job done using the new automated rebar assembly system. At the Notogawa PC Plant in Shiga Prefecture, this system is currently deployed for production of expressway components.

Robotaras is indeed highly regarded, having received the Minister of Land, Infrastructure, Transport and Tourism Award in MLITT’s 2020 i-Construction Awards. A beaming Okamoto says, “Being part of the first project of this type in the Japanese construction industry is a source of great personal satisfaction to me.” Sumitomo Mitsui Construction is endeavoring to expand the application field of Robotaras so as to help propel the construction industry toward a flourishing future despite current labor shortages.

Reprinted from SUMITOMO QUARTERLY NO.165