Share the aspirations of people working for the Sumitomo Groupwho are devoting their energy and talent to socially beneficial endeavorsin a host of fascinating fields. 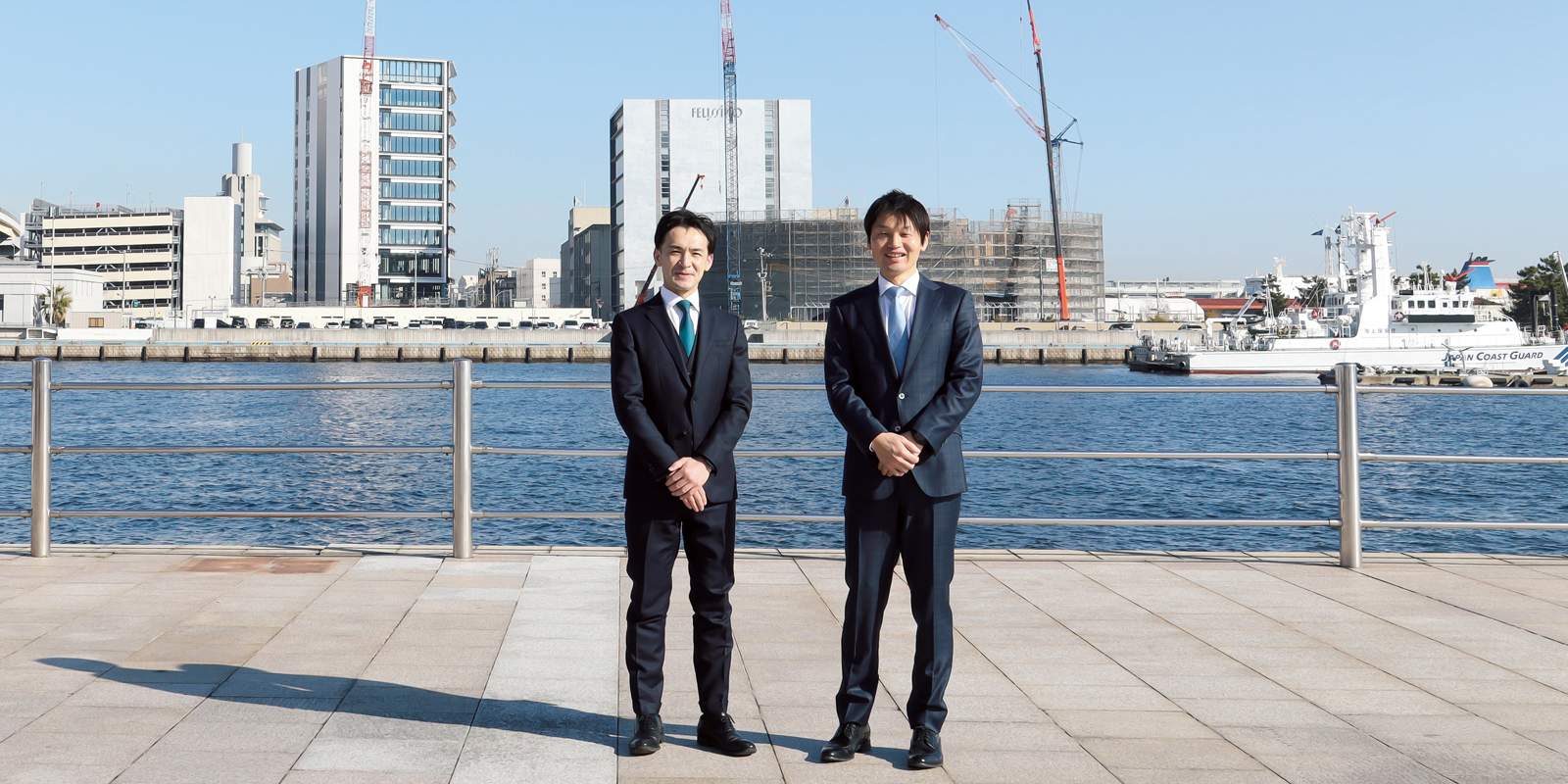 Kobe City has been vigorously promoting waterfront development of Kobe Port, with the Port City Kobe Grand Design formulated to design an attractive city that prevails in competition with other cities. Redevelopment of the Shinkotottei West Area, a project commemorating the 150th anniversary of the opening of Kobe Port, is among the development projects of the city. Based on the business plan of a consortium led by Sumitomo Realty & Development adopted by Kobe City, various facilities are scheduled to open from this year.

The redevelopment project involved construction of half a dozen major buildings on an extensive 35,000m2 site, including two high-rise condominium buildings with an iconic catamaranlike silhouette; Kobe Port Museum featuring an aquarium and a classic car museum; and a corporate headquarters building with an auditorium and a museum. The space design to create an open atmosphere was highly appreciated.

“Kobe is notable for its scenic townscape with mountains, the ocean, as well as its history. While inheriting Kobe’s traditional attractiveness, we proposed a new city design that appeals to the modern generation. For example, the aquarium offers something quite different compared to existing aquariums, featuring a floating restaurant. It will become an attractive venue for adults seeking a memorable experience,” says Takashi Nishizawa, head of the West Japan Sales Office, Sales Department. People work here, live here, and spend their recreational time here on weekends. The concept is to create vibrant quarters that attract people always.

Baycity Towers Kobe is a twin tower condominium buildings, developed by Sumitomo Realty & Development. The two towers are glass-sheathed, and use white as their base tone. Masashi Ikeno, who is in charge of sales, says, “Glass walls, which is our specialty, offer fabulous uninterrupted panoramic views and have excellent resistance to deterioration. The glass will glitter, reflecting and merging with the surrounding sceneries. Baycity Towers Kobe will be an iconic landmark of Kobe cherished far into the future.”

Our aspiration for the future is to endow Kobe with a new dimension of attractiveness through urban development so that Kobe will retain its vitality for 100 years to come.

Reprinted from SUMITOMO QUARTERLY NO.164